The following is a press releas from the organizers of SUPERBOOTH. 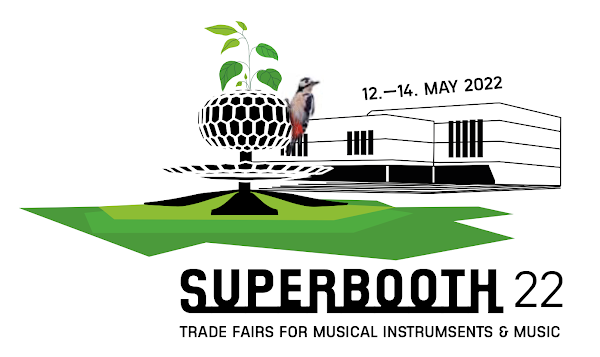 Berlin, October 2021
This was SUPERBOOTH21

We all had to wait a long time for SUPERBOOTH21, now the event is over and it was a complete success. The circumstances that forced the organizers to completely rethink have made this year‘s SUPERBOOTH21 better. The exhibitors have used the last months to develop many exciting novelties. The spacious area, the airier rooms and the resulting much more relaxed atmosphere, gave the exhibitors and visitors more opportunity to engage in conversation and to test and experience the exhibited instruments in a meaningful way.

Many participants reported that the quality of the discussions among each other was once again better than in previous years. This was made possible by the 126 exhibitors present this year, whom the organizers would like to thank once again. Another important element in this year‘s concept was the cooperation with the Miller-Zillmer Foundation, to whom the organizers would also like to express their sincere thanks. The Miller-Zillmer Foundation made it possible to bring the wonderful artists Yann Tiersen, hackedepicciotto, JakoJako, Pole and the Modular Synthesizer Ensemble to the stage.

Andre Kaufmann: „Our little adventure trip is over for this year - 4 days with quite a few moments of joy, passion and excitement. We hope everyone had a great time meeting colleagues, friends and making many new contacts. It was a very memorable event, maybe the special circumstances made us even more connected.“

TRADE FAIRS FOR MUSICAL INSTRUMENTS & MUSIC
The start was perhaps a bit bumpy, with decent rain from Wednesday afternoon, but this was compensated for in the following days by the mild late summer with some sunshine hours and pleasant temperatures. The bungalow village had a wonderful homely atmosphere, in the evenings the Tresorbühne spread festival and club feeling and the famous Japanese pancakes and vegan gyros were again the right basis for long days and short nights.

The success of the newly designed event prompted Andreas Schneider to announce in his closing words after the last concert on the seaside stage on Saturday evening that he intends to keep this concept for SUPERBOOTH22. So you can look forward to another Superbooth that manages to be exciting and relaxed at the same time. One of the best news remains with regards to the first September edition of Superbooth that SUPERBOOTH22 is only 8 months away!

The preparations for SUPERBOOTH22 are already about to begin. The next edition of Superbooth will then take place at FEZ-Berlin from May 12-14, 2022, this time in conjunction with sooperGRAIL, which is dedicated to the art of guitar building.

For the perfect review of concerts and interviews with guests like Jean-Michel Jarre and T.Raumschmiere, talk concerts with Metasonix, Modor, UDO Audio, Joranalogue, Erica Synths, Meng-Qi and many more, there are plenty of videos on the official Superbooth Vimeo and YouTube accounts, as well as on the Superbooth homepage.

George Hearn from UDO Audio gave an overview of the new Super 6 Desktop at the Superbooth21.

TouellSkouarn is a french modular manufacturer based in Brittany and names his products in the Bretan language. The Blokañ is a tube based ring mod with an analog VCO capable of some pretty extreme audio FX. With a modulation inputs for the VCO pitch as well as a dedicated output for the VCO. This was a prototype so no news on availability or price just yet.

The Voix Du Luthier resonators are interesting amplification devices. Based on technology originally designed for the Ondes Martenot, they use wooden resonators and soundboards rather than actual speakers. They have developed some new models that offer a wider ferquency range, plus now available in black!