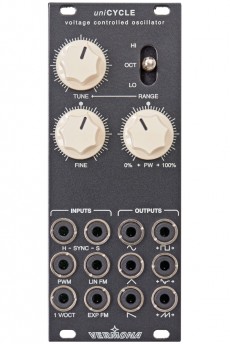 The UniCYCLE painstakingly follows 1V/octave for over 5 octaves.

The UniCYCLE is capable of soft and hard oscillator sync as well as exponential and linear FM.