We are pleased to announce the availability of a new module from Analogue Systems with an updated frontpanel, the RS-110 Multimode Filter. 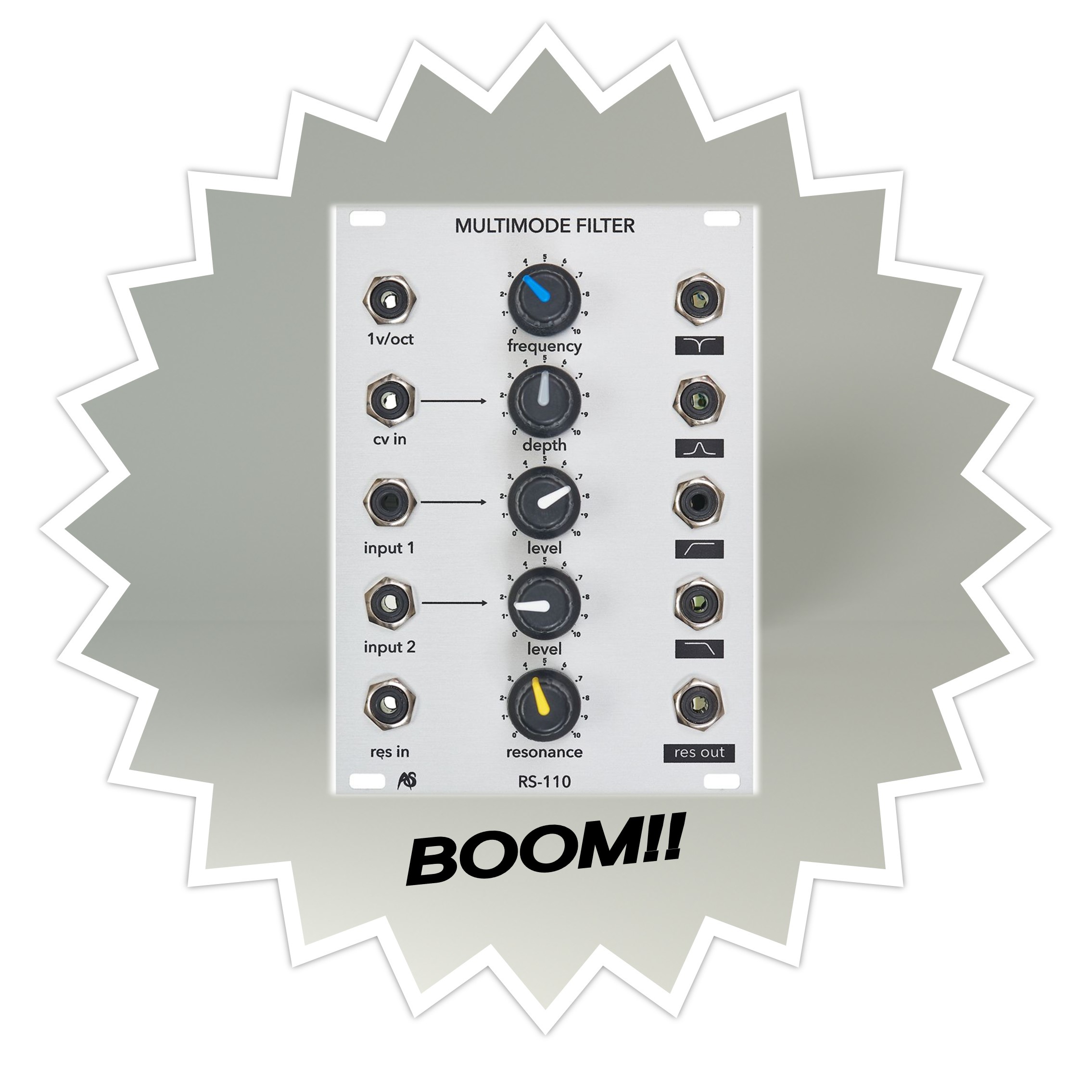 Black Corporation, the Japanese company that already gave us the CS-80-inspired Deckard's Dream, has come up with a replica of the legendary Elka Synthex. Soon available from Alex4.

The synth is heavily inspired by the well-known Elka Synthex Synthesizer from the past but it is not a replica. It’s a completely new development that has many modern and clever new features. The interface was not taken from the vintage Synthex but is also heavily inspired without cloning it.

ACL announced the System 2, a dream synth for classic and modern sounds! 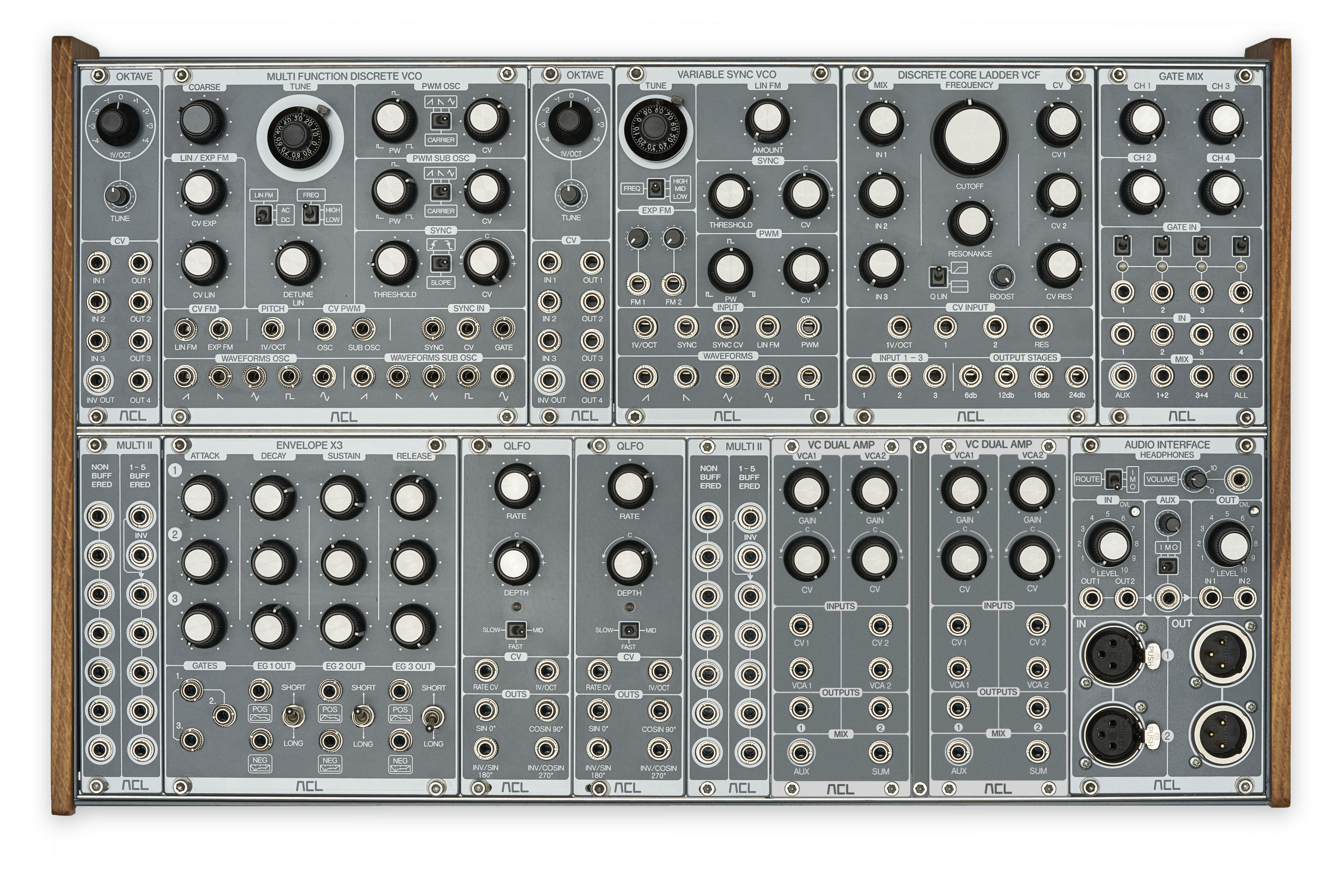 With System II Audiophile Circuits League presents a powerful modular Synthesizer with two full-featured Oscillators and an extremely musical Lowpass filter. Based on the Multifunction Discrete VCO and the Variable Sync VCO, System II serves with an unbelievably vast sound spectrum, from thick basses to aggressive Leads. The new VC Dual Amp provides a crystal clear sound, which can be perfectly integrated in the studio thanks to the high quality Audio Interface.

System II is a beautiful compact system, suitable for all situations!

Frap Audio is a new division of Frap Tools dedicated to pro audio gear for the 500 series. The first product is a compressor/expander. 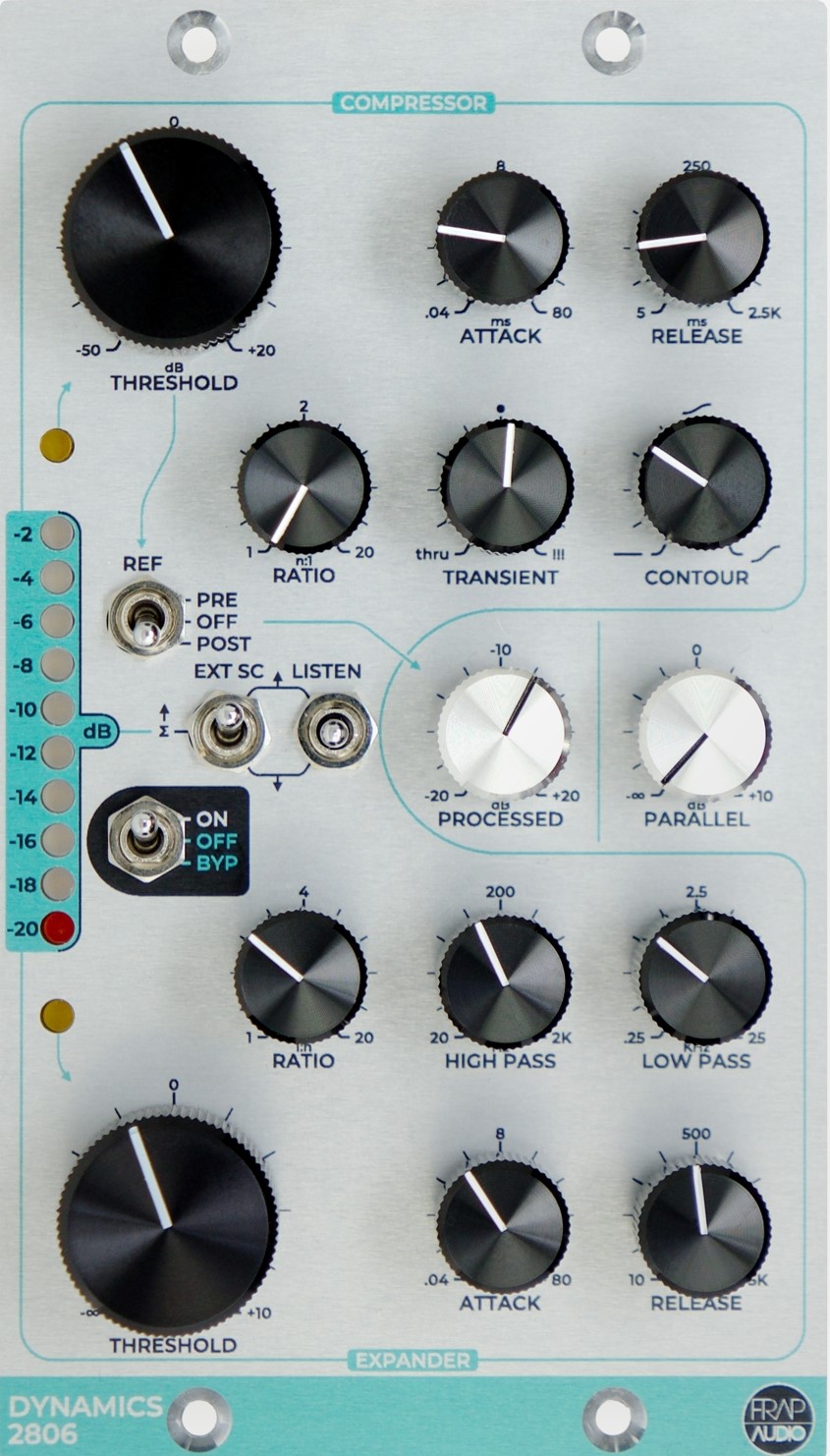 Dynamics 2806 is a mono compressor and expander. The circuit is relatively simple and straightforward to preserve the original sound qualities (it features a single VCA stage); still, the ways that all the parts interact with each other (and with the user) create a wide variety of behaviors that dramatically expand its functionalities in the box.

The upper section of the front panel sets the compressor parameters, and the lower part sets the expander ones. The interface is pretty much self-explanatory, but an expanded signal routing and lot of original solutions ‘under the hood’ make the response of the controls quite distinct.

While controls like ‘Ratio’ and ‘Threshold’ are quite conventional, the behavior of the ‘Attack’ and ‘Release’ knob was designed to interact with the incoming audio source by slightly adapting the response time to the articulation of the sound. In this way, the dynamics may be compressed or expanded, the original nature of the sound remains recognizable.

A peculiar control, on the other hand, is the ‘Transient’, which relates to the time management just mentioned. Since some sounds may have an extremely sharp and loud attack followed by a long, soft decay, conventional dynamic processing may alter their nature too much and make them lose their original footprint. The ‘Transient’ control is specifically designed to preserve the sharp transient of these sounds, without compromising the rest of the audio processing.

The two silver knobs at the center set the final amplitude of the processed and unprocessed sound for precise parallel treatments.

The compressor section has a feedback design, but its feedback point can be selected via a ‘Pre’ or ‘Post’ switch: it can be either straight out the VCA, or after the ‘Processed’ output, for precise make-up.

Flexible sidechain capability allows for external input processing or advanced insert operations, such as for de-essing. Moreover, the external signal can perform compression or expansion, and the compression can happen either on the primary, unprocessed sound or on the already-processed signal, with a ‘Sum’ switch.

A ‘Listen’ switch lets you monitor the sidechain of either the compressor or the expander, for precise settings (especially of controls such as ‘Contour’ and filters.

Finally, you can (true-)bypass the Dynamics 2608 as a whole with the dedicated switch, which lets you also bypass the processing section only, thus retaining the VCA “color.”

At this year‘s NAMM Show we were glad to welcome a good number of manufacturers joining our booth.

Dieter Doepfer came to show an innovative 3D joystick and new modules from his Slim Line Series. We were especially enthusiastic about the new 133-2 with MOD input!

The complete UDO team joined in to present the upcoming Super6 synthesizer. After all they received Sonic State's award for best polyphonic synth in 2020. Congratulations!

Moritz Scharf of Endorphines showcased the new Ground Control sequencer as well as a new serie of small eurorack modules to complete their growing system.

Vermona was represented by Gus Callahan who explained the new Melodizer Sequencer/Quantizer in a very charming and profound way.

The lovely Harry Axten not only represented Kenton but also hosted Analogue Systems with a mighty RS-8000 cabinet.

Joel Davel came to show the Buchla Easel Command which is a new version of the legendary Music Easel instrument with more flexibility and independence, while also providing the means to easily interface with more devices.

Olafur Bogason from Genki Instruments came to visit our booth on several days, where the Genki Wave Ring was in use at various stations.

Roman Filippov from Black Corporation also stopped by with his latest development: the Xerxes, an eight-voice clone of the Elka Synthex.

And as in past years we shared our booth with Haken Audio who presented the latest model of the Continuum fingerboard, which is now lighter and more elegant.

Special thanks go out to Kii Audio for lending us a pair of the superb sounding Kii Three speakers. Check them out here: www.kiiaudio.com

Along with the presentation of new gear we took on our mission to promote and explain electronic musical instruments. Being surrounded by friends and partners such as Verbos Elecronics we had a really good time meeting musicians of such diversitiy as maybe only NAMM Show offers. And honestly, coming from european winter the californian sun did its part as well.